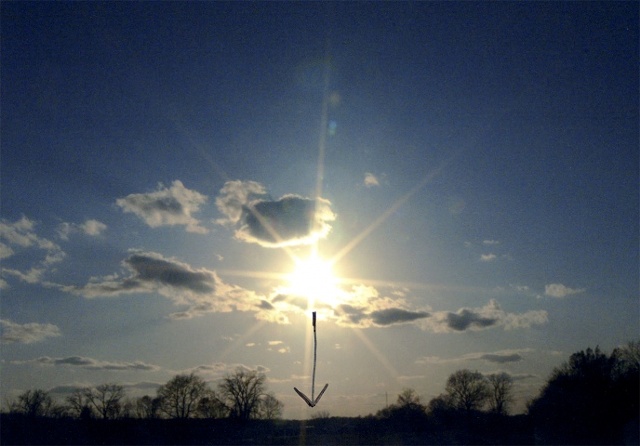 Lilly invites you to come watch the sunset with her.

On November 8, 2007, Lilly McElroy invited people in New York City to come watch the sunset with her. Before the event, she handed out invitations to people that she met on the street, in bars, on the subway, and through various friends. She also mailed invitations to people whose names she found in the phone book as well as to people whose work she admires. Jonathan Safran Froer, Miranda July, and Wayne Coyne were in that group. Lilly gave cake and hot apple cider to everyone who stopped by the corner of East 47th Street and Lexington Avenue on the evening of the 8th. Starting at 5:13 pm, she began lowering the sun using a pulley. The sunset ended approximately 15 minutes later. Lilly would like to thank J. Andrew Johannes for is help with the lighting as well as Jenny Kendler and Brian Kirkbride for driving halfway across the country in a U-haul with her in order to bring the sunset to New York City.